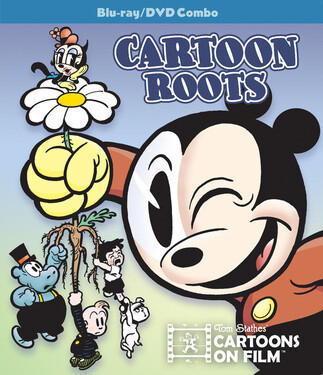 Newly remastered in HD by Steve Stanchfield, these films are sourced from original 16mm, 28mm, and 35mm prints in the Tom Stathes collection. Some silent shorts feature new scores by noted film accompanists Robert Israel and Ben Model; others include vintage tracks, many compiled by David Gerstein. Our beautiful package art is the work of cartoonist Stephen DeStefano.

It's some of the shorts you've seen in our recent TCM specials... plus more! Dig down to the roots of cartoon history - Cartoon Roots!