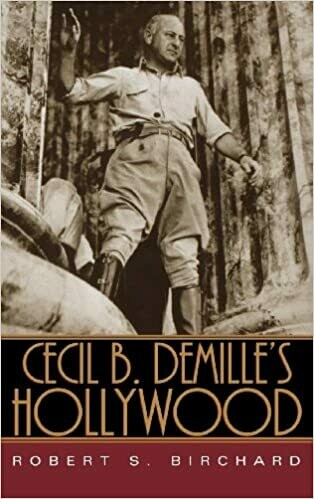 " ""Far and away the best film book published so far this year.""―National Board of Review Cecil B. DeMille was the most successful filmmaker in early Hollywood history. Cecil B. DeMille's Hollywood is a detailed and definitive chronicle of the screen work that changed the course of film history and a fascinating look at how movies were actually made in Hollywood's Golden Age. Drawing extensively on DeMille's personal archives and other primary sources, Robert S. Birchard offers a revealing portrait of DeMille the filmmaker that goes behind studio gates and beyond DeMille's legendary persona. In his forty-five-year career DeMille's box-office record was unsurpassed, and his swaggering style established the public image for movie directors. DeMille had a profound impact on the way movies tell stories and brought greater attention to the elements of decor, lighting, and cinematography. Best remembered today for screen spectacles such as The Ten Commandments and Samson and Delilah , DeMille also created Westerns, realistic "chamber dramas," and a series of daring and highly influential social comedies. He set the standard for Hollywood filmmakers and demanded absolute devotion to his creative vision from his writers, artists, actors, and technicians.