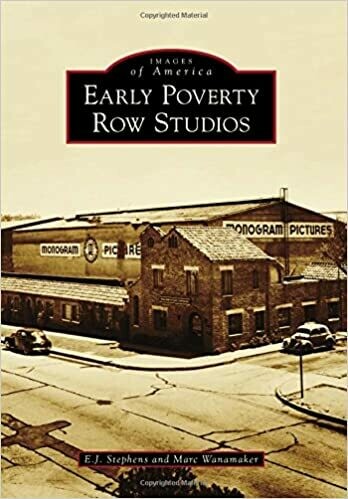 The history of Hollywood is often seen only through the lens of the major studios, forgetting that many of Tinseltown's early creations came from micro-studios stretched along Sunset Boulevard in an area disparagingly known as Poverty Row. Here, the first wave of West Coast moviemakers migrated to the tiny village of Hollywood, where alcohol was illegal, actors were unwelcome, and cattle were herded down the unpaved streets. Most Poverty Row producers survived from film to film, their fortunes tied to the previous week's take from hundreds of nickelodeon tills. They would routinely script movies around an event or disaster, often creating scenarios using sets from more established productions, when the bosses weren't looking, of course. Poverty Row quickly became a generic term for other fly-by-night studios throughout the Los Angeles area. Their struggles to hang on in Hollywood were often more intriguing than the serialized cliffhangers they produced.

E.J. Stephens is a historian, writer, and tour guide from Newhall, California.

Marc Wanamaker is a founder of the Hollywood Heritage Museum. In 1973, he established Bison Archives, one of Southern California's most notable repositories of entertainment heritage. Images of America: Early Poverty Row Studios is their fourth cowritten Arcadia publication.