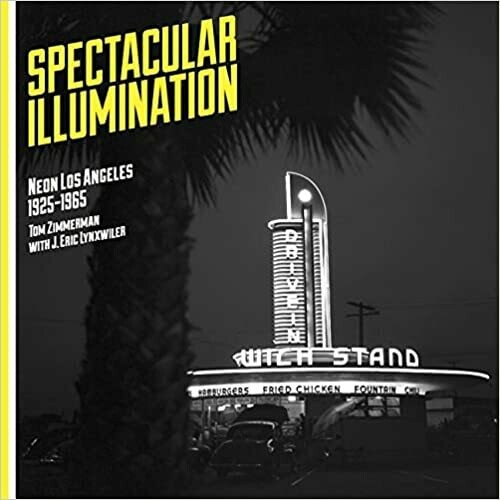 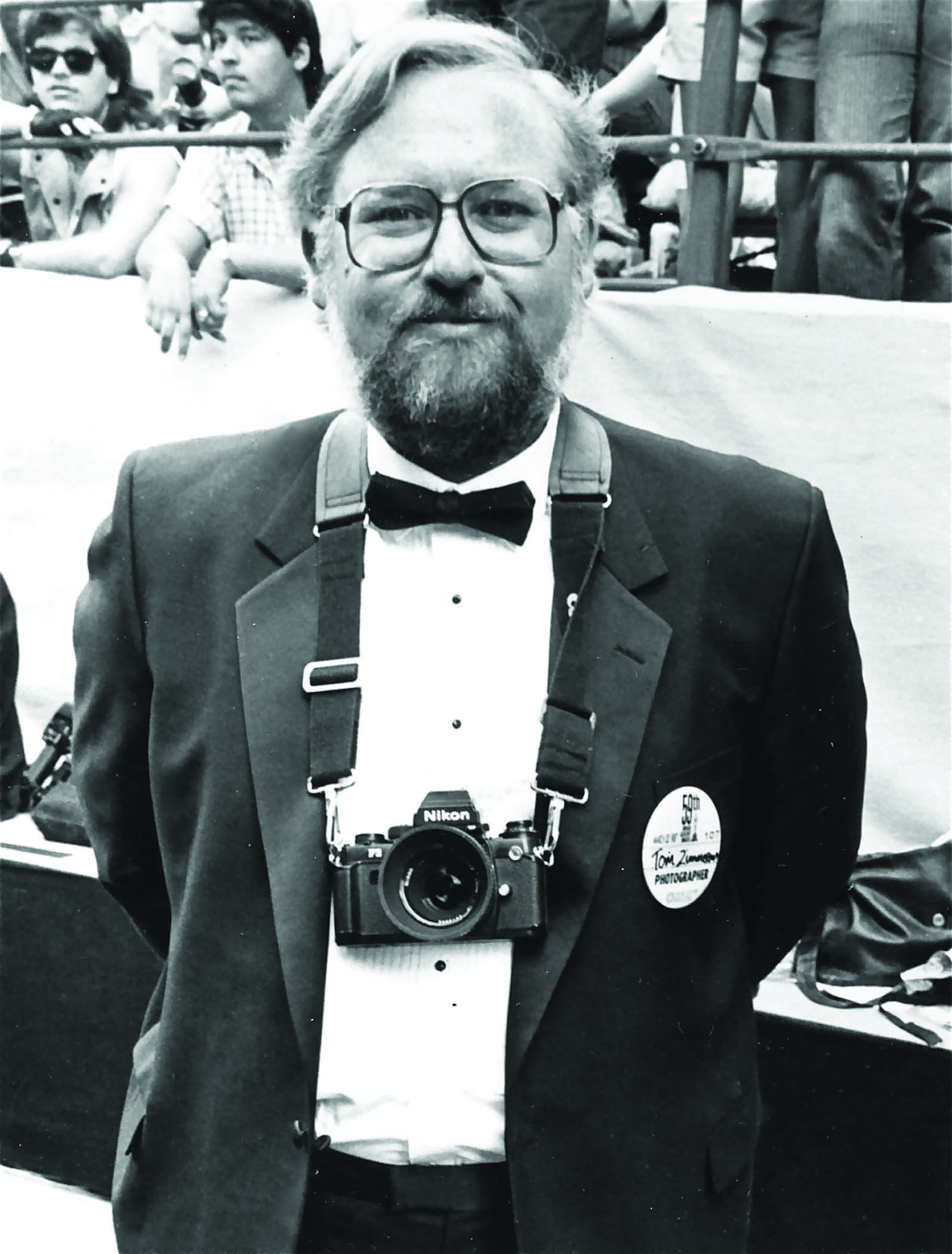 Author Tom Zimmerman is a native of Los Angeles and shares a birthday with the city. His prose has been published in Southern California Quarterly, California History, and Los Angeles Times Magazine. His photography has appeared in many magazines and newspapers, as well as in several books on Los Angeles history and architecture. Tom Zimmerman is often called upon to photograph significant buildings for permanent historic recordation. A catalog of his dramatic photographic series Neon Noir was published by the Museum of Neon Art, where it was first exhibited. His photos have been exhibited across the country and are in several permanent collections including the Library of Congress, California State Library, and the Los Angeles Public Library. Three books of his photographs have been published: A Day in the Season of the Los Angeles Dodgers, Wednesday at the Pier, and Downtown in Detail. He has also written three historical books. Light and Illusion: The Hollywood Portraits of Ray Jones; Paradise Promoted: The Selling of Los Angeles 1870–1930; and El Camino Real: Highway 101 and the Route of the Daylight.Offered in paperback 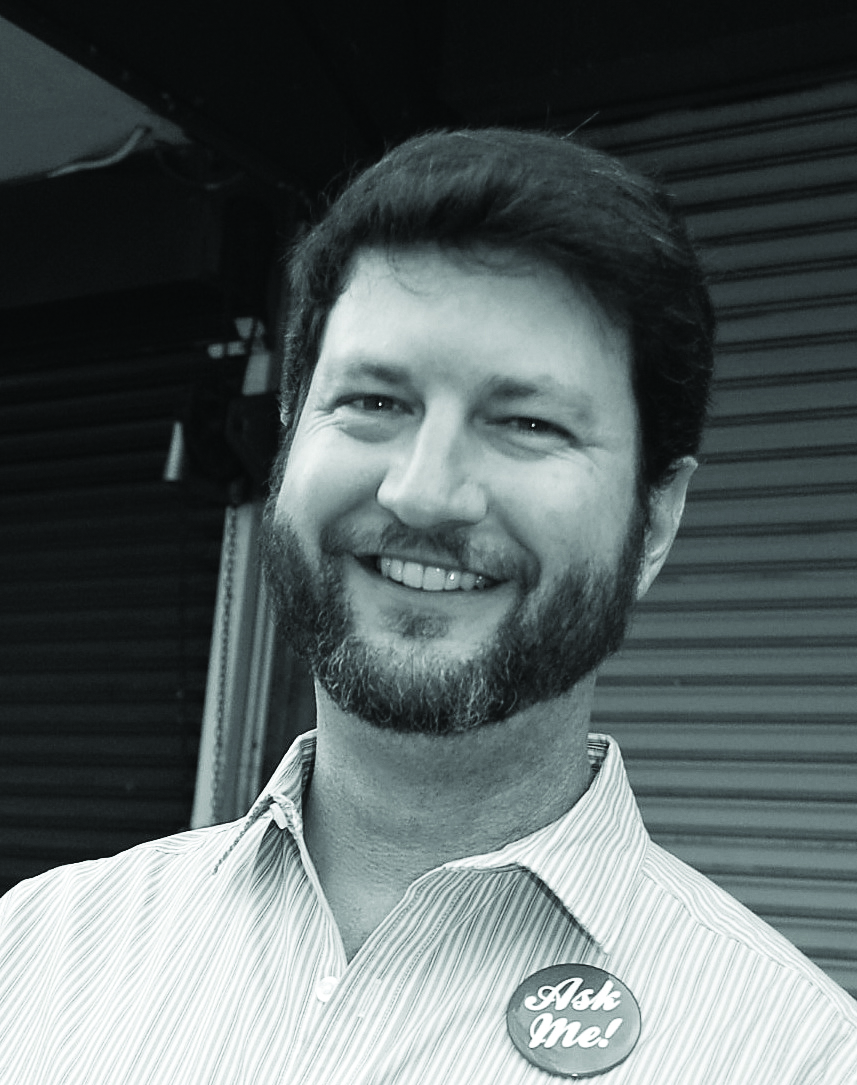 Edited by Neon Historian Eric Lynxwiler who grew up in Southern California and spent one school year working at Knott’s Berry Farm's shooting gallery while earning his degree in urban anthropology at UCLA. Popular host of Los Angeles's renowned Neon Cruise and board member emeritus of the Museum of Neon Art, Lynxwiler co-authored the celebrated book Wilshire Boulevard: Grand Concourse of Los Angeles.Urban anthropologist J. Eric Lynxwiler is the co-author of “Knott’s Preserved: From Boysenberry to Theme Park, The History Of Knott’s Berry Farm” and “Wilshire Boulevard: Grand Concourse of Los Angeles.” Neon enthusiasts may know Eric as the affable host of the memorable Neon Cruise for the Museum of Neon Art and downtown LA preservationists know him as an LA Conservancy docent for the Broadway Theater district.

Spectacular Illumination: Neon Los Angeles, 1925–1965 contains a spectacular collection of vintage photos – highlighting the glowing neon heritage of Los Angeles. LA has long been recognized as one of the most vibrant city in the US, with part of the radiance coming from the signs lining the streets during the Golden Age of Cinema. Neon signs added glamour and intrigue to many Hollywood movies. Depicted in the images, Zimmerman outlines in pictures what Raymond Chandler, F Scott Fitzgerald and countless other writers have tried to put into words. 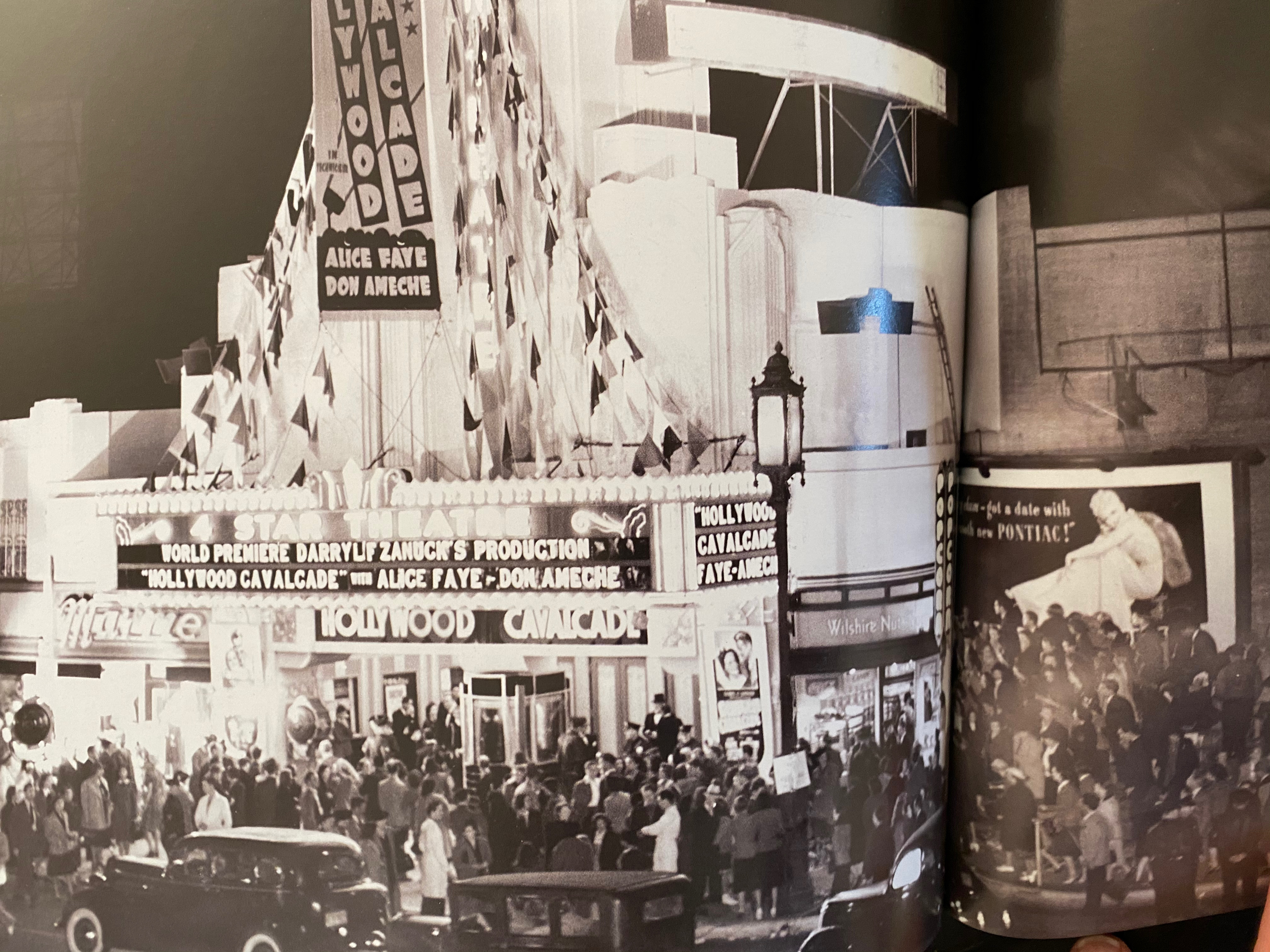 Spectacular Illumination: Neon Los Angeles, 1925–1965, has more than 200 images - so there is no doubt Neon steals the show! Many photographers are featured in this book, which is meticulously designed and edited by Neon Historian Eric Lynxwiler. Los Angeles glowed during this era, and continues, thanks to institutions such as the Museum of Neon Art. Neon is a fascinating art form, as it gives a unique, exclamation point and emphasis to any building! So why not say Happy Holidays to your friends and family in Neon this season! 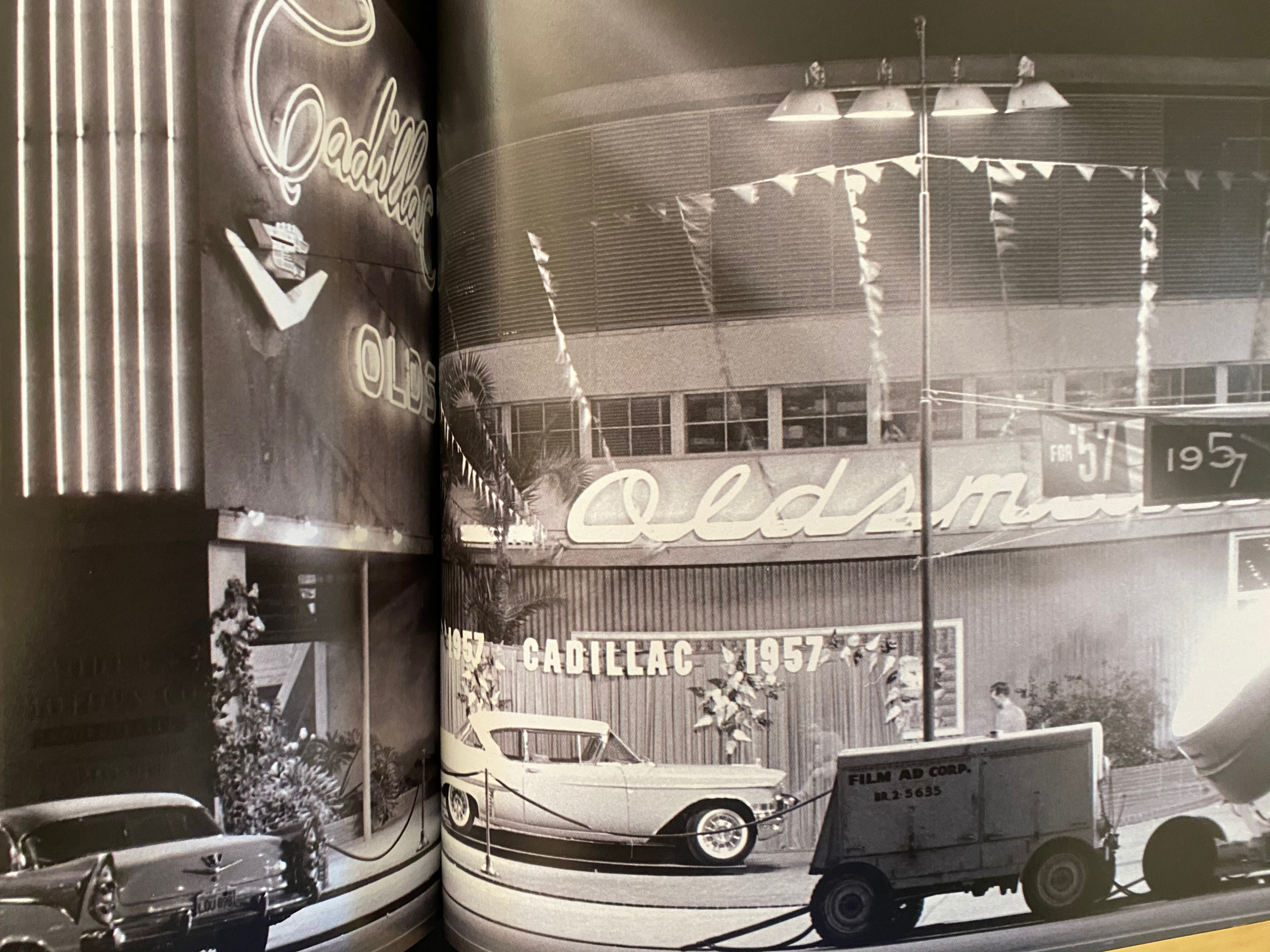 Spectacular Illumination: Neon Los Angeles, 1925–1965 is a spectacular collection of vintage photography that showcases the glowing neon heritage of the City of Angels. L.A. has long been recognized as the most vibrant city in America, and part of its radiance comes from streets lined with neon signs during the Golden Age of neon from 1925 to 1965. Photographer and historian Tom Zimmerman shows images that depict, in both color and in black-and-white, what Raymond Chandler, F. Scott Fitzgerald, and countless other writers have tried to put into words. Spectacular Illumination tells a story of a city that has glowed, now glows, and, thanks to institutions such as the Museum of Neon Art, will glow forever. 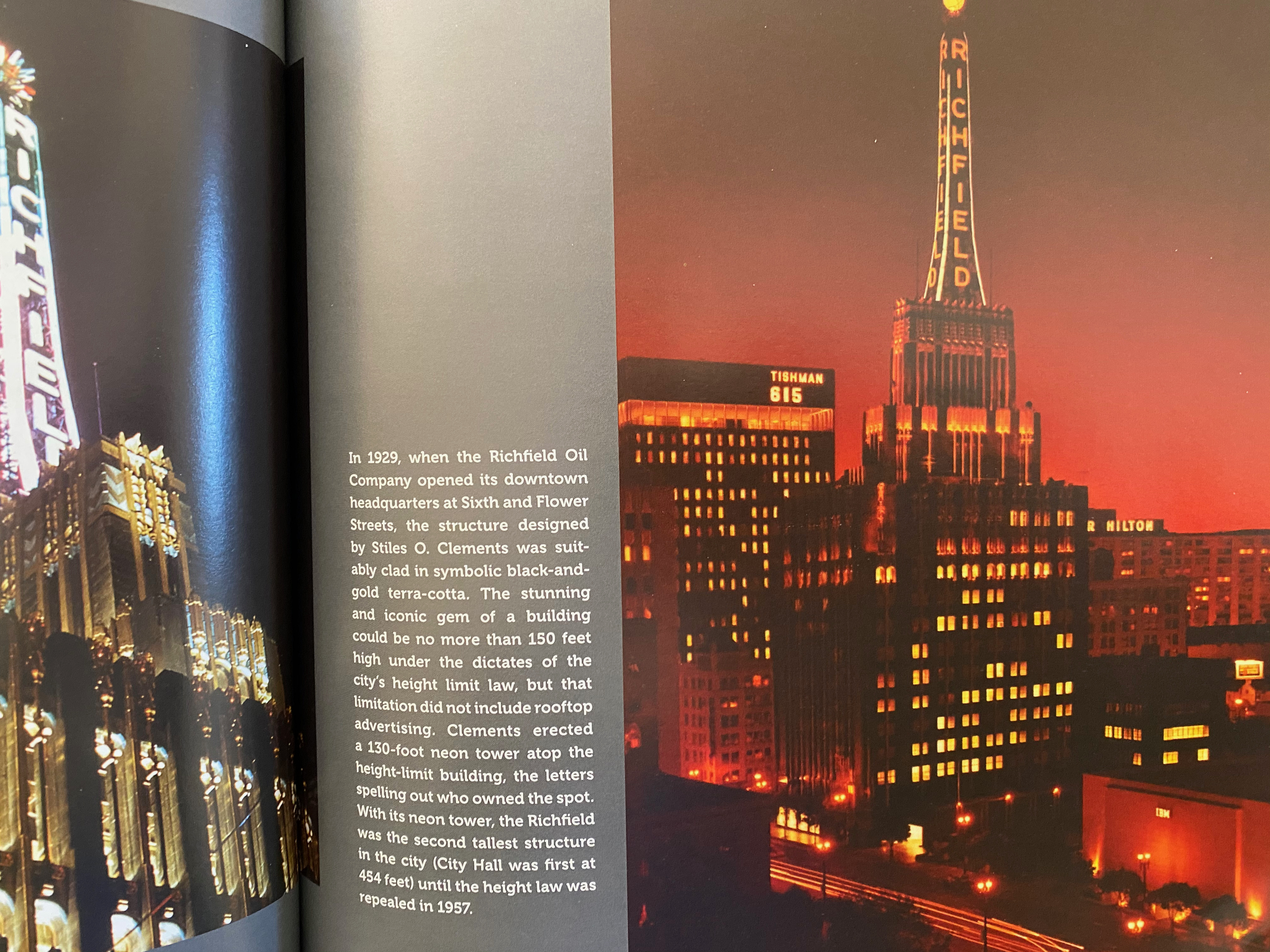 Product details
Save this product for later