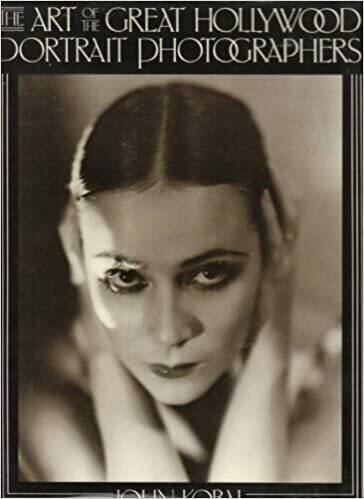 The Art of the Great Hollywood Portrait Photographers

One hundred and fifty portraits of some of Hollywood's most glamorous stars are featured in a study of the art and technique of such great portrait photographers as Ruth Harriet Louise, Ernest Bachrach, George Hurrell, and Lazlo Willinger

All the stars in heaven

Kobal gives an illuminating account of the function of the movies during the Depression, contrasted with eg Walker Evan's photography, and explains 'glamour', tying movie stars in with the Venus from Milos and the Mona Lisa quite convincingly. Well thought, well written. Chapters follow on the organization of the studios, how publicity was done as it has rarely been done before or since. And some beautiful images - Garbo by Ruth Harriet Louise, Clara Bow by Nicholas Murray and Eugene Richie stand out, but there are many. The images are exceptional, taken by some of the greatest artists of the camera and the volume layout does the images justice. All complemented with reminiscences from the stars and photographers themselves. The very best history, anecdotal, with many perspectives and implications explored, and written with love.

This book has touched a deep chord sensitive to vanished beauty. The stars are now just names, some of them not even that. And of course they were not the same as their carefully crafted images displayed in this book. These evoke not only the stars themselves but the fact that they brought hope to many who perhaps would have found it otherwise hard to deal with the Depression - all those hopes, fears, ambitions, petty, grand and mean, silly and endearing. Only the images of beauty remain!