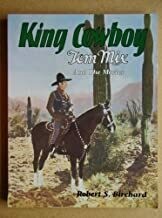 Tom Mix was the most popular cowboy hero of the silent film era. A wild-west show performer and Texas ranger, Mix began his work in film as a wrangler and extra and soon graduated to starring roles in hundreds of Westerns. Includes an annotated filmography and many rare photos.